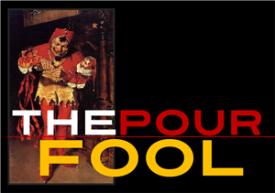 Here we are, heading into the Holidays for 2016, and Facebook coughs up something I posted in this blog, just over two years ago: “Budweiser Vs. The Craft Beer Culture: The Long, Slow Decline of The King of Beers“. I hadn’t read it again since I first posted it and…it wasn’t bad. Said what I meant to say and, yes, it was long but not as insanely long as a lot of posts here. It got me thinking that I haven’t revisited our Belgian/Brazilian “friends” for a while. So I checked.

The May wildfire that raged in Alberta left Spike Baker’s peated malt infused with a smoky taste. Now he’s distilled a time capsule in the form of a stiff drink.

When a wildfire that had flickered for days in the forests of northern Alberta suddenly changed course and started careening towards Fort McMurray this May, the city’s entire population was told to flee.

The order came just as Spike Baker was brewing a pale ale.

On the border of where craft beer meets crap beer, there’s a beer even some Konaheads might resent. While not THE worst beer, certainly qualifies as one of, especially when it comes to watering down the essence of craft: FLAVOR. It’s the Ultra-fying of craft.

Ye Old Scribe has been absent for quite a while, but not quite as “absent” as Big Wave is of flavor. There’s a hint of hops. Hey guys, gals, did you toss in one pellet into a fermenter? Did some ant drag it across the wort during boil? OK, Scribe would add it’s so bad the ant must have fell into the boil. But it’s not bad in that sense. It’s bad in the sense Scribe wished it had at least that much flavor.

Was there a malt ban when this was brewed? Even white bread has a lot more flavor.

Is it ‘Kona,’ or ‘CON-ah’? Some ale-like attempt to mimic Miller Clear with the lightest sprinkle of a hop, not ‘hops’?

Full Sail recently sent me a bottle of their big, fat, brawny annual miracle, their Bourbon Barrel-Aged Imperial Stout. My primary beer occasion, every year, is the arrival of a bottle of Deschutes “The Abyss” because, at heart, I am a Stout guy down to my chromosomes. I get excited by the release of any great beer. I get aroused by the arrival of  siome great Stout on the order of The Abyss, Perennial “Abraxis”, pFriem Bourbon Barrel Stout, Cigar City “Huhnapu’s”, Lost Abbey “Serpent”, Crux “Tough Love”, Boneyard “Suge Knite”, Firestone Walker “Parabola”… 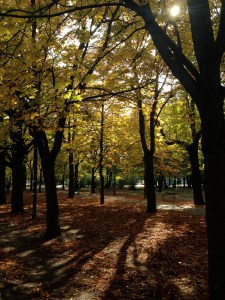 Written by Franz Hofer for A Tempest in a Tankard

Märzen is a malt-lover’s dream. Depending on the brewer, the malt character can run the gamut from toast and what I’d describe as a “Munich malt fruit” character (dark cherry-like) to dates, dried figs, autumn honey, malted milk, malt balls, and Swiss milk caramel.* My partner in crime nailed the style: It’s like a Rolo, she said.

*Swiss milk caramel is a descriptor I use often for beers like this, and requires some explanation. When I was a kid, my grandma used to send us a parcel at Christmas that had all kinds of chocolates and sweets that we never saw in Canada. She always sent along a box of caramels that were quite a bit different than the ones we used to get while out trick-or-treating at Halloween. They were much lighter in colour and had a pronounced creamy taste that brought the caramel flavour down a notch. So when I mention Swiss milk caramel, think of a very light caramel aroma and flavour with fresh cream.