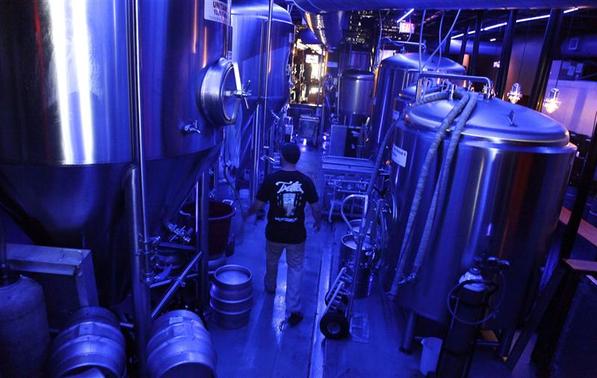 (Reuters) – Beer fans line up every winter at Intuition Ale Works in north Florida for the annual tapping of Underdark, a world-class dark brew aged for a year in bourbon barrels that sells out quickly even at $15 a bottle.

Ben Davis, who owns the four-year-old local craft brewery in Jacksonville, counts on Underdark’s two-day spike in revenue to grow his small business.

But a bill pending in the Florida Senate that would cut into Underdark’s profit has craft beer-makers crying foul.

The law would force craft brewers to sell their bottled and canned beer directly to a distributor. If they want to sell it in their own tap rooms, they would then have to buy it back at what is typically a 30-40 percent mark-up without the bottles or cans ever leaving the brewery, according to Joshua Aubuchon, a lawyer and lobbyist for the Florida Brewers Guild.

The rule would not apply to draft beer.