It’s hard for me to stay in denial about the fading of summer when football starts, trees start to turn, and those fall/winter-ish beers start to hit the stands. I could just rationalize away the football thing by under-dressing for the first two games, which I do every season, and if I can get my fabulously beautiful wife to quit rhapsodizingÂ about “the trees are so beautiful, this time of year!“, I could ignore the leaves, too. But the beers…BIG damned problem.

FACTOID: the fall-into-winter beer category is the most popular seasonal roster of styles with craft fans in the US. Been that way for years. Why? Because they are just flat-out delicious. After stripping down recipes in search of something that will sell in warm weather, breweries emit an almost audible sigh of relief – like a fat guy loosening his belt after an hour at the all-you-can-eat buffet – when they’re able to start packing new flavors IN to the upcoming beers. Â And, over the past five to eight years, we’ve seen a nearly shocking tsunami of creativity out of American craft brewers, tweaking old ideas and inventing new ones, in search of that perfect cold-weather quaffer.

Readers of ThePour Fool will find it not at all surprising to discver that I think Deschutes Brewery may have just done it. For several years now, ever since its inception, one of my favorite PNW beers to just sit and sip and enjoy has been No-Li Brewhouse’s brilliant “Spin Cycle” Red, formerly called “Crystal Bitter”, an inspired cross-cultural mash-up of ingredients and techniques from the German, British, and American brewing traditions. Using Northwest hops, German malts, and a lager-style fermentation, “Spin Cycle” has always tasted like nothing else. It vaguely reminds me of my all-time favorite fall seasonal beer, Deschutes “Jubelale”, but with less of a hops presence and a little lighter body. It took home a Gold Medal from GABF in 2012, and won golds at both theÂ 2016 Australian International Beer Awards and 2012 Japan International Beer Competition. And it richly deserved all of those. Spin is a gorgeous, coppery, mouth-filling juggling act of lightness and intensity. It’s coming home with me about four out of every ten times I go to a beer shop and is just so flat-out satisfying and delicious that I’ve become a bit evangelical about it, buying and pouring at least two cases of it over the past few years at organized beer tastings. The ONLY thing I have even found to criticize Spin Cycle for is its hops content, which is moderate and balanced but just a tad, just a whisker, less than I would have liked.

Which leads me to Deschutes “Hopzeit Autumn IPA”. 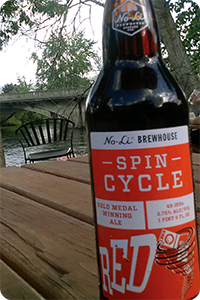 Simply put, Hopzeit and Spin Cycle are spiritual cousins. They are not even the same style of beer – Spin is a Red Ale and Hopzeit is definitely an Octoberfest – but the similarity is unmistakable…and that tiny edge of missing hops? They are on glorious display in Hopzeit. In technical terms, Spin Cycle shows 49 IBUs and Hopzeit racks up a solid 60. So, the difference is not that profound but Hopzeit includes a gorgeous new variety from Germany called “Huell Melon”, otherwise known as “Hull Melon”, that delivers a couple of flavors that are found in almost no other hops. As you guessed, melon is a primary flavor in Huells, along with a stunning and bell-clear little blast of strawberries(!), which I’ve never found in any beer that wasn’t infused with the actual fruit. Spin’s roster of Northwest hops shows a wonderful, lively spiciness and big pink grapefruit, but is more Â straight-forward in its appeal.

A crafty addition of German Herkules hops give the Deschutes version a bracing, racy bitterness that underpins the Huell and Sterling (the American version of German Saaz hops) and makes Hopzeit a zingy, crisp, and utterly refreshing take on the sorta-authentic, caramel, toast, fruitcake, and candied nuts of anÂ Octoberfest. 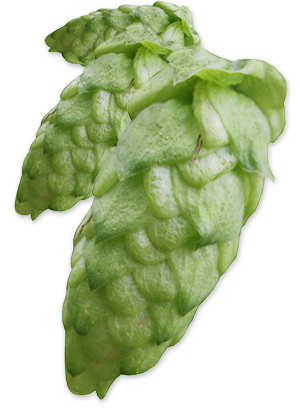 So…which one is better? Nah, not playin’ along. This is one of those points of principle that I run into, every once in a while, at which I have to shout “ ENOUGH!” to all this happy American crap of turning everything into a competition. I’m quite willing to do it. I do lists like “Best of The Northwest”, after all, but there is no legitimate reason why anyone who likes German ales, American Reds, lighter-bodied ales, hoppy ales, or even just Fall/Winter seasonals should not drink and enjoy BOTH of these things. Today, I like Hopzeit just a hair more than Spin Cycle. If the outside temp drops about three degrees, I might just choose Spin Cycle. And it also depends on the day of the week, the time of day, what I had for dinner, whether the Seahawks won last week, and the phases of the freakin’ moon. The point is that our manic rush to establish a pecking order cheats us all out of some absolutely beautiful beers and Hopzeit, if you love beer at all, any type, is going to be one of the best things you drink all year. And so will Spin Cycle.

Spin Cycle: Decide for yourself, Bubba.

You’re free, American, and over 21. Drink Both. Isn’t compromise wonderful?