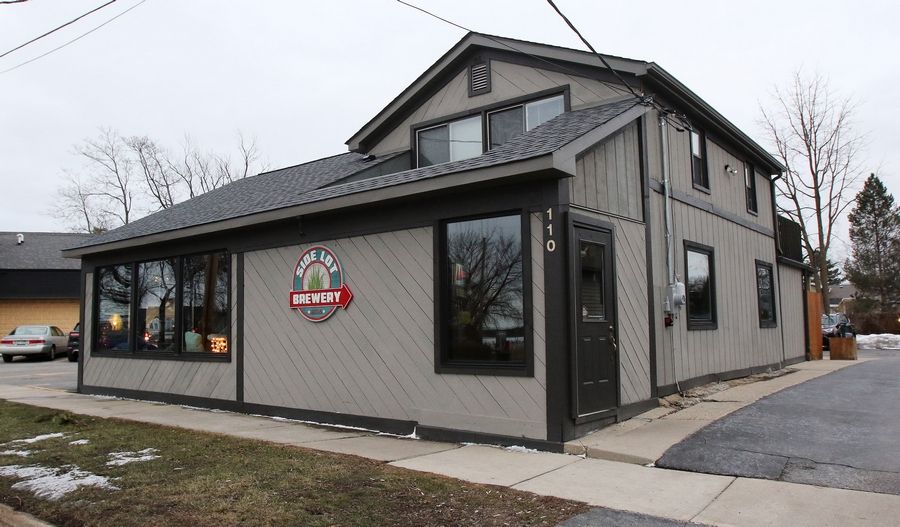 KEN CARMAN IS A CERTIFIED BJCP JUDGE WITH A MEAD ENDORSEMENT. HOMEBREWER SINCE 1979, AND A CLUB MEMBER AT BOTH CLARKSVILLE CARBOYS AND MUSIC CITY HOMEBREWERS. KEN HAS BEEN WRITING ON BEER-RELATED TOPICS AND INTERVIEWING PROFESSIONAL BREWERS ALL OVER THE EAST COAST FOR OVER 30 YEARS.

This kind of nonsense infuriates me. Apparently a small brewery made a beer with Milk Duds, and one with Jolly Ranchers. Hershey’s made them dump the brews and now wants money for how little they sold of the product.
Stupid.
Stupid.
Stupid.
OK, I understand “proprietary.” So have the brewery change the name of the brews, change how they’re promoted; but otherwise wise men and women would look upon this as a business opportunity for both companies. One they should eagerly welcome that with open arms. Mid-level management’s blindness to opportunity is legendary. So common in large companies. So this column won’t be about just beer.
Makes one wonder if Hershey’s has a connection with any mega breweries. The brews offered sound interesting. Passing on such ideas to a corporate friend might be motive enough.There’s a long history of big businesses doing what they can to destroy small. That’s why downtowns have suffered for so long, and huge corporations under sell them, sell inferior products.
Side Lot Brewery, in Wauconda, Illinois, sounds like just the kind of hometown brewery we need more of: creative, showing locals what you can do with beer, small/home-like environment where everyone gets to know each other. Phil Castello, with his single barrel brewery, brews up a lot of unique brews, with emphasis on “single barrel.” But the pale ale with Jolly Ranchers, and the porter with Milk Duds, had Hershey’s lawyers busily going after the brewer. Not just to change promotion. Not just to dump. But also insisting on plenty of cash from the one barrel brewer.
And the purpose of that, unless it’s vengeance and to bankrupt a small business, is WHAT?
But as I already typed: this is not unique to the beer industry. If you’ve ever sen the film Tucker it’s pretty obvious why our automotive industry dwindled down to two is unfair business practices. (Chrysler no longer being an American car company) GM sued Avanti in the 2000’s because their Studebaker XUV kind of looked like a Hummer. Did they also sue Chrysler because their PT Cruiser looked like a Chevy Panel Van? Uh, NO. Did Chrysler sue GM when GM’s HHR looked like a PT Cruiser? Uh, NO.
Hey, what’s a little theft between mega corporations? But some small upstart? OFF WITH ITS FINANCIAL HEAD!
And sometimes it reeks of possible sabotage. When the original Studebaker approached GM to have their Avanti body parts made at their Ohio Corvette plant they came back wrong. Gee, wonder if they ever made good on that? What do YOU think? Former Ford exec McNamara, when appointed by Kennedy, took Studebaker’s military contracts away and gave it to his mega car maker buddies.
Brew world isn’t all that different. One of the first in a long list of nonsense lawsuits was when Magic Hat sued 6th Street Brewing over logos. Gee, a 6 and a 9 look exactly alike when inside a circle and the 9 has a lot of fancy butterflies and such surrounding it.
Nope, no difference at all.
There was precedent: the original Bud had to change their name because Budweiser became so big over here. Time for the land of the not so corporate free to get cracking at one of the things they’re best at: small business strangling lawsuits. Seemed a lost opportunity to me: instead of introducing America to your granddaddy to make to seem more authentic, honor your roots, publicly kick him in the worts, legally.
Which brings us back to Hershey’s and Side Lot, and corporate blindness. Hershey’s is no more going out of business due to Milk Dud Porter than Miller/Coors distributors carry craft beer, or GM because some tiny car manufacturer makes something like a Hummer, or a small brewer in Lexington, KY, has a logo that hardly looks like another. And that poisoned the industry for a while.
There are way too many stories like this in beer world, like there are in automotive world, like so many other businesses. Proprietary should NEVER rule over common sense and a great business opportunity.
The shame here is while all these lawyers and business execs see rather questionable trademark violations and improper usage while they miss business opportunities. Opportunities for both businesses to strike out and make the world more aware of their brands. Making one side look like bullies and jerks, the other the playground victim. Wouldn’t it be better as an opportunity for both companies, like collaboration brews? BOTH companies win.
Now THERE’S a better plan.

-30-
Brew Biz : Werts and All: a column dedicated to reviewing, discussing, and commenting on beer-related topics. Including, but not limited to, marketing, homebrewing and homebrew/beer related events, how society perceives beer. Also: reviews of, and commentary on, beer related businesses, opinions about trends in the brew business, and discussions regarding all things beer.
Â©Copyright 2020
Ken Carman and Cartenual Productions
all rights reserved