This month’s topic: entering your beer for competition

As a BJCP judge who has judged more than a few beers, let me tell you a few secrets…

First, when you enter competition and you get back a score sheet with weird comments that don’t make sense, please remember that opinions of beer vary, even amongst BJCP judges, and palates vary. No matter how hard we try to get judging down to “a science,” I doubt it ever will be. Thank God. Because the first thing to go would be innovation. Beer from Belgium would be banned worldwide. After all, they perfom miracles with yeast that many brewers would considered tainted, and they add things that would make a German Purity Law fanatic feel very, very sick. And often do a damn good job of all that too.

I am not your typical judge so there are a few things I will tell you that the BJCP considers “not kosher.” I am not going to name names because, like you work hard to make the best beer you can, judges work hard and don’t get paid 99.9% of the time to judge beer. They travel long distances.

We do it for the love of beer.

As judges we live by rules, but in the steady pour of beers passing by a table things can slide a bit, unfortunately. For instance, if one bottle is rather rancid: spoiled, a gusher, has a hint of infection, protocol suggests we check out the second bottle. But, especially during pre-judging when a higher number of entries than expected swamps us all, that sometimes doesn’t happen. It should, to be fair and for the sake of good judging, but it doesn’t.

Now here’s a recommend to brewers. If you have a really odd beer you plan to enter, please don’t announce you brewed it to the whole world: especially fellow brewers who might judge what you brewed. Technically your Brussels sprout lager shouldn’t get judged at all if all the judges in the room know who the hell brewed it. Now some may have the schnock to say, “Wait, let’s just imagine there may be someone else out there made an asparagus mead,” and then judge it as fair as it can be judged. But they’re really not supposed to do that. You really don’t want to throw away your time and entry fee, do you? Either way that’s what you did. If they judge it you may not get a fair appraisal. If they don’t… you won’t get an appraisal at all. Either way: you wasted time and money.

One brewer put on his form for special ingredients “you guess.” That kind of lack of information will get you nowhere, except a judge who might not rate the beer as high as he or she should. It’s like calling a cop a racist to his face in your own home. As Professor Henry Gates and Sgt. James Crowley found out a while ago, how people should react, those who judge and those who should be more professional, is not always the way they should.

Be as informative as you can, and remember that the judges are judging many beers. I know, over the years, I have been annoyed when judges don’t read information placed in front of their noses. I brewed a “lite” ale with a hop sense that would be equal to an IPA if it had higher a gravity. I mentioned on the form that it was a lite, as in low alcohol, beer, with higher somewhat IPA-like hop sense for the style. The judge: a National that I know quite well, judged it as an IPA, totally skipping over the fact it was meant to be Lite. (“Light,” as in an ale version of Miller or Bud Light/Lite, as I also mentioned.) He went out of category to judge it poorly! To be fair, I know him well. He’s a good judge, he just doesn’t read as well as he should sometimes.

Ah, but if you think I think my reading skills “superior…”

Yesterday I was judging ESB and found myself looking one category back at Special for the title on my judge sheet. I judged them right; I had just put the wrong category on the forms.

You see: we’re human: judges, brewers. If we weren’t we wouldn’t need competition at all, would we? We all need improvement. I just wish I could get some fellow judges to feel the same. For instance, I have sat next to highly rated judges whose noses seem to have no sense, whose tongues seem to lack buds, and one highly rated judge who insisted on one sentence comments in each category on all his sheets. He claimed he knew a beer instantly from first taste and seems annoyed that others don’t judge that way. From my observation? Sometimes he’s right. Sometimes he’s wrong.

And, to be honest, there are jerks out there who judge and use their credentials more for ego than to learn even more: maybe even a few highly rated judges. I well remember judging in the same room with a Grand Master a while back who insisted on announcing in a very loud voice to everyone in the room what he thought of every beer and how it should be rated. I was on the opposite side of the room and it seemed annoying and smug. Another judge spent a lot of his time via various E-mails bragging about how superior his tastebuds were to mine. These guys are so highly thought of I dare not mention names.

Of course, I wouldn’t anyway. The intent here is not to humiliate, but to inform.

I am always attempting to improve my skills. It’s hard to judge as well as I should when, like one year, I finish the Strong Scotch Ale table and someone says…

“Hey, Ken, we need help on the Russian Imperial table!”

How can I resist? Obviously I should, but hey… for the club. (Never for the beer, right? Chuckle.)

When you get back your sheets…

One set of score sheets is interesting but proves little. Two should make you take more notice when comments are similar. After that it would be best to pay a lot of attention.

And for any BJCP folks who may read this, may I make a suggestion? After a BJCP competition ask the higher ranked judges to copy and score: kindly, a few of the lower ranked… or those interested in becoming BJCP… judging forms; making constructive suggestions regarding better ways to judge beer. Include information on the actual beers entered they judged to compare and see how well they did. I also would recommend a few lower ranked judges do this for those higher up the food chain too. Everyone can learn how to judge better. Everyone. Then give these comments back to the judges who judged the beers.

Oh, and always be willing to talk; politely and kindly, with others who you have judged, or who have judged you. Be forthcoming. Don’t hide stuff for the sake of ego or pride.

After all, isn’t better beer and better judges what this is, in part, all about? 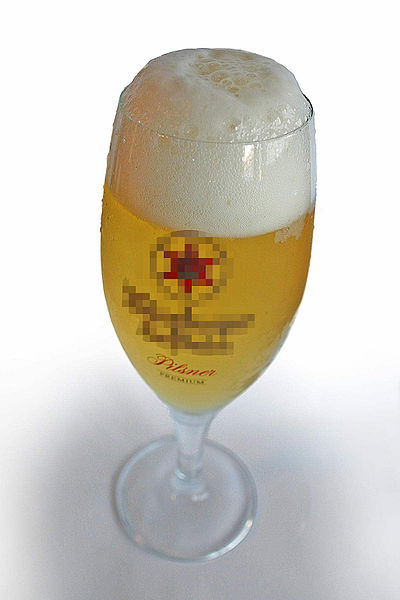 Brew Biz: Werts and All, is a column dedicated to review, discuss and comment on all things beer including, but not limited to: marketing, homebrewing and homebrew/beer related events, how society perceives all things beer, reviews of beer related businesses, opinions about trends in the beer business, and all the various homebrew, judging and organizations related to beer.