Looking for homebrewing supplies? With 90% of their business shipped out all over the world, you might want to try Rebel Brewer.

In a short while the Huntsville Malt Mashers will receive some Red Beavers. Yes, “Red Beavers.” These are brew kits from Rebel Brewer that they will use to compete with each other to see who can make those kits into the best beer. “Red Beaver” is a Rebel Brewer brand. The style: Red. They will be brewing Mississippi Red.

This, and Rebel Brewer, are the brainchild of Tom Gentry…

…a serious owner, homebrewer and BJCP judge, who you can see has a bit of a devilish twinkle in his eyes. Unlike your columnist who too often has a devils food Twinkie in his eye.

Tom has several comments regarding store policy and how he feels about his business. As mainly a homebrew store, even when a winemaker walks in and asks if they have malic acid, their answer is…

Another is how he feels about homebrewing…

“We’d like to expand homebrewing to as many people as possible. We’d like to get away from, ‘Hey, you brew your own beer,’ to. ‘Why don’t you brew your own beer?’ Homebrewing shouldn’t be the exception. Society has become so convenience oriented. How many grow their own food? I like homebrewing because, unlike coffee roasting, you’re actually making something: creating something unique.”

Is it a surprise he will start helping people make cheese too?

Somewhat curly and short, black/gray-ing hair… with black glasses, he has a permanent smile and an easy way about him. He’s also handy with advice and a wealth of knowledge. Customers flowed in and out the Saturday I visited, as we chatted off and on between working with those customers: like advising one to keep oxygenating big beers because…

“There’s so much going on there: so many fermentables.”

Born in 1967 he has owned two other homebrew stores, his first in 1994: El Paso, Texas. His father used to brew beer. This was back when homebrewing was pretty much non-existent. “Dad used to use Blue Ribbon Malt.”

I haven’t seen that brand since I was a kid, and I’m a lot older than Tom.

This is the largest operation Tom has ever started, with over $13,000 as an intitial seed to begin with. Even though they’ve only officially been open since January this year, seems this brewing-based bean stalk might be ready to hop up… 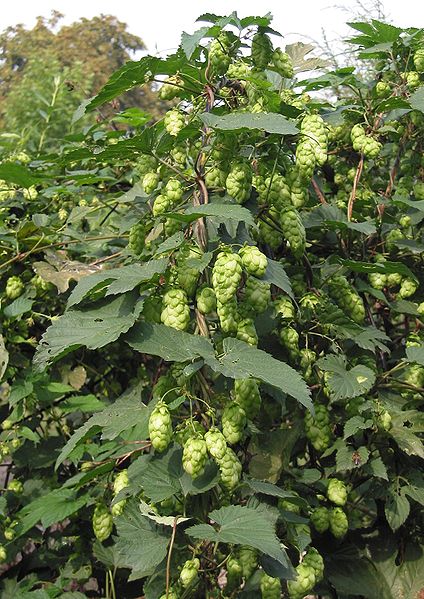 … to live amongst the national brew supply giants.

It took a while, and investment of 65 hours a week on Tom’s part and money, to get here.

“I recommend if you ever want to start a homebrew supply operation you should have at least 10,000 to start. I have yet to draw a paycheck.”

Going back to the Red Beaver brand kits, they are willing to custom design kits like if you call and say, “I want to brew Dogfish Head 90.” They have many kinds ready for you to pick on their website. Tom plans on applying an amusing slogan to the brand..

“What color is your Beaver?”

And if that’s not enough they also sell Rogue kits designed by their brewer, John “More Hops” Maier. They sell everything “beer” in relation to brewing, even neat growlers…

This is a family business, with Tanya his wife showing up to work and chat while we sipped on samples from his three tap fridge.

Everyone say “Hi” Tanya! I’m sure she helps put the kits together.

Now, I don’t care how good looking you think she is, no Leslie Nielsen-like comments regarding Tanya and the name of their kits now, please.

90% of their business is shipping. In fact the week I interviewed him he had been on the phone with a client in Australia. They usually use Fed Ex, “because they treat our boxes right.”

“We use FedEx because they give us the best deal (which we pass right along to the customer) and we have found that they are the most gentle with the boxes. We can ship anyway you want us to with prior arrangements.”

They even use starch based peanuts for packing…

If they fell into a beer and Charlie Brown or Snoopy swallowed a dissolved one, no problem. But it would probably bother Lucy’s boyfriend as he was playing, “My Sch… ro… der.”

Notice to the reader: Rebel Brewing is not to be held responsible for this writer’s puns and otherwise terrible jokes.

With a total 10,000 square feet, including storage, he has probably the best; most well equipped and stocked beer supply operation I have been in… and I do tend to visit stores when I’m on tour all over the east coast.

Conical fermenters, all kinds of yeast, extract for the less than whole grain brewer, or those looking to add a little “gravity” to the situation…

“For new brewers? I highly recommend brewing with someone the first (and maybe the second) time.”

“For existing brewers? Never stop learning. I’ve been brewing over 15 years and I still learn new stuff every day.”

And magic little Fed Ex gnomes will be whisking your order to you. Or if you’d rather not take a chance on stepping on them, or paying for shipping… (They don’t make money off it, in case you’re curious if they apply those usual high buckaroo charges some greedy schnits do.) …and you want to meet “the man” yourself, I highly recommend it. Here’s the info you need…

And… click here for a map if you need one.

Brew Biz: Werts and All, is a column dedicated to review, discuss and comment on all things beer including, but not limited to: marketing, homebrewing and homebrew/beer related events, how society perceives all things beer, reviews of beer related businesses, opinions about trends in the beer business, and all the various homebrew, judging and organizations related to beer.

One Reply to “Brew Biz: Werts and All”