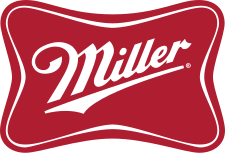 Forget about kicking back and enjoying an American beer; a massive wave of consolidation is transforming the industry.

According to a recent report by the Marin Institute, a California-based alcohol industry watchdog, a rush of buyouts and mergers in the last years of the Bush Administration has left two overseas giants in control of 80 percent of American beer consumption.

“How beer is marketed and sold in this country will never be the same,” said Charisse Lebron, corporate responsibility & advocacy manager at the Marin Institute. “Anheuser-Busch InBev and MillerCoors, controlled by parent companies SABMiller and Molson Coors Brewing Company, are all that really matter in the U.S.”

America is the world’s most profitable beer market, yet the U.S. has lost what was once a competitive industry. As recently as 2004, ten companies fought over world consumption; today Belgium-based InBev (Anheuser-Busch InBev) controls 25 percent of the world’s beer market. SABMiller, the second largest brewer with 15 percent of the market, is a London-based conglomerate that formed when South African Breweries acquired U.S.-owned Miller in 2002.

Today InBev is a behemoth with 151 beverage plants and 120,000 employees worldwide. The new company sells four of the top ten beers in the world, produces the first or second most popular beers in over 20 markets and ships beer to over a hundred countries.

In 2007, to better compete with InBev, SABMiller announced a joint venture with Molson Coors, the world’s fifth largest beer producer. Headquartered in Chicago, the newly formed MillerCoors is controlled by its parent companies, London-based SABMiller and Canada-Colorado-based Molson Coors, which reported gross profits of 70 percent in March 2009. SABMiller corporate leadership forms half of MillerCoors’ board and receives 58 percent of the profits.

Although microbreweries are growing in popularity-there were 1,300 in 2006-they represent a mere ten percent of total beer sales. There’s no way they can compete with the giants, who dominate the market.

Approved in record times by President Bush’s Federal Trade Commission, these beer mergers have a number of drawbacks. Charisse Lebron, author of the Beer Duopoly Report, predicts that American shareholders will have difficulty attending annual meetings overseas. Less shareholder involvement could lead to lower environmental and labor standards, while InBev and MillerCoors replace local beer distributorships with direct distribution from the brewery. The current three-tier system of alcohol sales and distribution was established 75 years ago to prevent aggressive sales tactics and give states oversight of alcohol.

“We advocate for the distributors because they are community based, have been around a long time, and are attuned and accountable to consumers and regulators,” Lebron said.

An even more troubling problem arises over taxes, especially with government facing reduced tax revenues. Federal alcohol excise taxes haven’t been raised since 1991 and, adjusted for inflation, have lost 40 percent of their value. State taxes are similar: Wisconsin hasn’t raised its alcohol tax to keep up with inflation since 1969 and has lost 83 percent of its value. Maryland’s alcohol excise tax was set in 1972 at 9 cents a gallon, but would be 38 cents a gallon if it were adjusted for inflation.

“Increasing taxes is the number one most effective way to reduce underage drinking and overall harm,” said Lebron. “The beer companies know that and are fighting it, despite the fact that alcohol harm in California alone amounts to $38 billion a year. In the U.S., it’s over $200 billion a year. Industries that cause harm, such as alcohol and tobacco, should be financially responsible for some portion of that harm.”

The beer duopoly is spending large amounts to prevent tax increases. The Marin Institute estimates that in 2009 alone the beer lobby defeated bills to raise alcohol taxes in 14 states that cost taxpayers $2.6 billion in revenue. If alcohol taxes were adjusted for inflation nationwide, it would add $6 billion to tax coffers. Beer producers spend lavishly to defeat tax bills: On the national level, InBev spent over $1.5 million in 2008. Additionally, InBev, MillerCoors, and its parent companies, spent almost $6 million lobbying state and local governments. They threaten state legislatures with closed breweries and lost jobs if taxes rise.

Americans are discovering that companies that once served their interest now determine their lives. Although some continue to support unregulated “free enterprise,” others find that powerful monopolies now determine government policy. It’s time to limit political contributions and control lobbying.
_______

Don Monkerud is an Aptos, California-based writer who writes about culture and politics. He can be reached at monkerud@cruzio.com.