The topic: Beer in the Roman Empire

We beer folks be barbarians!

Some days I get an almost Lambic wild bug up my ever active brew curiosity. I start tossing certain phrases into Mr. Google and he tosses back gold and, well, what often comes out after over consuming something either pleasant or revolting. Sometimes I stop and then quickly research something else because of what Mr. Google spews back at me. It reminds me of a personal experience: like one you might have when you help your future wife out of your Pinto on your birthday… and she decides at that precise moment she’s had a little too much to drink?

Love you too, dear.

The research for this edition of Brew Biz into beer and the Roman Empire provided less enlightenment than I would have liked. According to Beer Ethiopia beer was only brewed, for the most part, at the edges of The Roman Empire because Romans thought only barbarians drank beer. Maybe we should listen, after all… a society that drove spikes through citizen’s wrists and ankles for various reasons: including those that religious communities merely found “inconvenient,” has to know a lot about civility and running a civilized civilization, right? Or how about a society where, by law: “the paterfamilias (father of the household: a very powerful position) could kill his wife if he found her in bed with another man. He could not only sell any of his children into slavery, he could kill them as well. And the Romans were known for practicing infanticide.”

Note: when Christianity eventually turned the Empire into the Holy Roman Empire it seemed to have little effect on the prejudice against beer or preference for wine in abundance: claims of “new wine” by some fundamentalists aside. Jesus drank wine. After the cross they continued to drink wine and public drunkenness actually became more of a big problem; peaking about mid-first century. But beer had little to do with this: simply not part of the culture for the most part.

Â  Wouldn’t you be inclined to drink more than a little wine if you knew you might be vulture food simply for tipping a table or two, or annoying your own religious community?

What beer was brewed by those on the edges of the Empire probably didn’t have a lot of hops: most likely some other bittering agent or herb. Sometimes aphrodisiacs and psychotropics were used. One might assume this provided some of the prejudice against beer so prevalent in the Empire, but most likely not. Wine could just as well have had aphrodisiacs and psychotropics added to them. And since the nature of yeast, brewing and such herbs were often unknown, or less extensive than today, they probably were. The Empire encompassed a lot more land that was suited for grape growing than barley… though barley was readily available. No, to be honest, one should probably assume the major culprit here was Roman culture was filled with wine snobs: and we brewers/beer lovers are very familiar with that ignorance driven phenomenon… and it annoys us greatly.

Sidebar: one must also remember that Roman society was also noted for sexual excesses. So a little alcohol-based help “getting there?” Probably not frowned upon, I am guessing.

Early, pre-Holy Roman Empire, even had a God of wine and partying: Baccus. (No relation to Jim Backus with a “k,” probably wasn’t referred to as “Skipper” and never heard of Gilligan. Certainly they knew nothing of Mr. Magoo or his voice over artist.)

Beer began to be reintroduced to the Empire with the conquest of the British Isles, due to the influence of the Celts, Anglo-Saxons, Germans, and Scandinavians. But the center of the Roman Empire remained resistant, though Roman legions who went to the British Isles developed a taste for beer.

Perhaps one more cause for end of The Roman Empire? All thanks to… beer!

I suppose it didn’t hurt that wine was so greatly treasured by the Romans that it was distributed freely to the populace in the first century: Roman Empire. 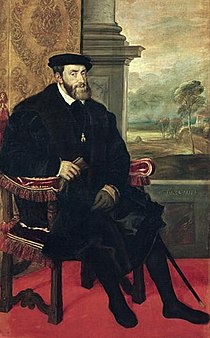 In the latter days of the Holy Roman Empire… or what was left of it… Emperor Charles the V (1500-1558) apparently had a bit more of an enlightened approach to beer. Legend has it he preferred beer to wine and was often served it, even while visiting different regions of the Empire and outside the Empire. Of course beer enthusiasts might want to avoid bragging too much. Like many Emperors the reign of Charles was needlessly bloody: cutting off heads, initiating an inquisition and perhaps might needlessly bring up other problematic aspects of his diet: he had gout because all he would eat was red meat. He also had a deformity due to inbreeding: a massive, extended lower jaw that made it hard to chew properly and terrible indigestion… one would assume atrocious flatulence. “Deformities, inbreeding, gout and a preference for beer” most likely should not be kept in the same sentence. Be aware wine snobs: other inbred wine drinking members of his family also suffered ill-effects, so if ye wishes to use that against us, we “barbarians” have similar weapons we can use.

Charles also had a Diet of Worms, but that had little to do with a preference for Klingon-like wiggly food and more to do with an attempt at religious tolerance.

By the end of the Middle Ages brewers actually were granted the right to have a guild in England and concerns about “adulterants” were so strong that using anything other than regular ingredients: barley, water and a bittering agent could invoke the death penalty in Scotland. Hops eventually were added as “the” bittering agent, though the Scots and in Scandinavia still used other items like spruce tips. Since hops were not native to Scotland, Scottish brewers became known for low hop, to no hop, beers, as well as spruce tips to a lesser extent, probably in gruit. Since Scotland already had a tradition of gruit and no hop/low hop beer, spruce tips probably offered a brewer an option other than the bittering agents the pious were trying to prevent from being put in alcoholic beverages: those very same aphrodisiacs, or psychotropics… like henbane… thatÂ I mentioned.

As the Empire collapsed what brewing knowledge there was was deposited in the monasteries. One would assume this is how we came to experience the wonders of Flanders/Belgium beers. The monks took beer where, even today, the rest of the world is still, and sometimes refusing, struggling to go… thanks to hold outs who still believe in the now relaxed Gesundheits-gesneezen, German purity law.

(As if most of the world hadn’t had enough of German claims to “purity” half a century ago. And, yes, I made up the name of the law. I do actually know it’s called “Reinheitsgebot.” I just like making fun of the assumptions of purity by those who have aÂ history of being a bitÂ pretentious.)

Charles V did live out his final years in a monastery, making one wonder if pleasing him helped encourage monks to brew more beer. But, all in all, one still probably doesn’t want to consider him a great role model for the beer community. But the monks? As we say, “Bye, bye Roman Empire!” …we also can say, “Hello” to interesting beer with odd yeasts and fascinating brewing methods.

All in all, considering the history of beer in the Roman Empire, we do have a few things to be grateful for when it comes to the Roman Empire: mostly its end, Charles V not being all that representative of beer drinkers, and those barbarians who probably got damn sick of wine snobs ruling quaff-dom.

So let’s all raise a glass, mug, or stein of fine ale to the final days of the rule of the wine snobs in the Roman Empire; because that’s something all beer lovers can toast to.

Beer stein courtesy antiquebeersteins.com. It features the official flag of Wales where many of my ancestors came from. Hopefully they too had something to do with educating the palettes of those Roman legions regarding beer. Or maybe that part of the reason they sailed for the New World: seeking religious freedom, a new start… or perhaps because they got annoyed one too many times by bloody wine snobs they decided to go a Rome-in?
Â

-30-
Â
Brew Biz: Werts and All, is a column dedicated to review, discuss and comment on all things beer including, but not limited to: marketing, homebrewing and homebrew/beer related events, how society perceives all things beer. Also: reviews of beer related businesses, opinions about trends in the beer business, and all the various homebrew, judging and organizations related to beer. Essentially, all things “beer.”