The Topic: Behind the Anchor Purchase

The purchase of Anchor Brewing came as a surprise to me. But I should have seen it coming. Fritz Maytag has been in the biz since the 60s and I’m sure everyone with an ounce of knowledge is familiar with how Fritz took Acme, which was about to go crash faster than Wily E. Coyote using the other: fictitional, Acme product, like some variation on those spring loaded shoes, to catch his nemesis. 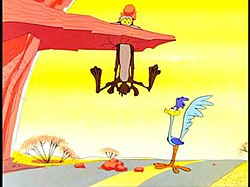 Thankfully Fritz is smarter than the Coyote… and smarter than the big boy brewers all to eager impose limits on upstart craft brewers. Not only do we have Anchor Steam, but Old Foghorn and Anchor Porter… both personal favs …and many other fine craft beers due to Fritz. To me Anchor Porter is style perfection, Porter-wise, and I know this might get me kicked out of some beer snob circles but I prefer it to Sierra’s Porter.

But no single person can run a company forever. I know I’ll live forever, but the rest of you? Eh, good luck. (Actually, in my opinion, so sane person would want to live forever… but that’s another philosophical argument for other non-beer related sites.)

The corporate spider web here is a little complicated, but they’re now Anchor is semi-sort of related to Brewdog: an Scottish brewery famous, a while back, for offering a beer called Tactical Nuclear Penguin, weighing in at 32abv. Formerly the highest abv in the industry until they announced recently that they will also be offering a brew called Sink The Bismarck: 41abv. These beers are offered in Brit supermarkets…. (I suspect the Brits use a term other than the very Americanized “supermarkets.”) …and export their beer: “to countries including Japan, Denmark, Sweden, Norway and the United States of America. The kegs and casks are currently only available locally…” according to Wiki.

Will this mean more of us will get a chance to personally sink our own personal palette Bismarks?

One can only hope…

Another tie between the Anchor and Griffin is another investment group called Preiss Imports. According to Anchor’s own press release: Preiss Imports was acquired through Griffin in 2008. Its portfolio includes: A.H. Hirsch, Armorik, BenRiach, Berryâ€™s Own Selection, BlackBull, BrewDog, Briottet, Cachaca 21, Cadenhead, Chateau Breuil, Chateau du Busca, Chateau Montifaud, Chateau Paulet, Chinaco, Chinchon, Christian Drouin: amongst many, many others. I got excited when I noticed “Coopers” on the list, but apparently this isn’t the Austratlian brewer which is still a family owned company.

There’s good and bad, in my opinion, here. If we can get a better and more exotic selection of beer here in The States, I’m for it. But we all know how the corporate mindset too often views the concept of diversity of product and catering to unique tastes: often the bigger they are… very negatively. That’s why we here in The States had various versions of mostly Bud for so many years.

But a company that allows the marketing of 41abv beer? Eh, maybe we are in for an exciting time?

Speaking of “time,” I would like to personally thank Fritz Maytag for saving my taste buds from bland and blase’ all these years. Just about the time I thought my selection of beer would be stuck on slight variations of “bleech,” Anchor hit the east coast.

For that? From all in craft-beer world, I hope he’s offered sainthood long before he approaches and “Pearly (with foam) Gates.