What we do NOT do – ANY of us – is taste every IPA made in the US. Nobody does. So when anyone says, “This is The Best IPA”, they’re just indulging themselves either in homerism or hyperbole. In truth, there is NO SUCH THING AS “BEST”. There is ONLY “best of what I have sampled”.

There are over 8,000 breweries working in the US, now. Most which make an IPA at all usually make more than one. Let’s just say that each one makes three. That 24,000 IPAs. No one has even come close to trying them all. And it follows that there will be some out there that you might like better than the Plinys and Enjoy Bys and the 90s.

We are still waiting for the second one.

Craig Crosby remembers being 7 or 8 years old when his father, Henry, joined a group of Black businessmen in purchasing Peoples Brewing in Oshkosh. It was the early 1970s, and Craig was young enough that the drive to the south side of Oshkosh seemed longer than it was. The brewery appeared to hulk in the distance.

ALBANY, N.Y. (AP) â€” The most distinguishing feature of Jamie Adamsâ€™ new ale isnâ€™t its hoppy bite but its compelling backstory â€” brewed from yeast in bottles of beer that went down on a doomed steamship and languished on the ocean floor for 131 years.

Some who lined up to sample a swig of the new Deep Ascent ale at a craft beer festival last weekend say it provided a refreshing taste of another era.

â€œJust the concept that they could bring a beer bottle up from the bottom of the ocean … then be able to extract the yeast from it, that kind of chemistry is fascinating,â€ says beer enthusiast Peter Bowe of Schenectady. â€œAnd the beer is absolutely fantastic.â€

Ken Carman is a BJCP judge; homebrewer since 1979, club member at Clarksville Carboys and Music City Homebrewers, who has been writing on beer-related topics, and interviewing professional brewers all over the east coast, for over 30 years.

Maybe I complain too much about changes in craft, maybe it could be classified as “whine.” But when it comes to barleywine my complaint here, if heeded, would return these delicious quaffs to just that: fine, delectable, warm your soul by the fire sippers.
I LOVE Barleywine. I used to be the major supplier of barleywines to Big Bob’s Barleywine Bash in Pensacola Beach, before Bob passed on. I collected them all over the east coast.
Not as much a fan these days. I will use one commercial barleywine as an example, but I don’t fault the brewer. Jeff is merely following the trend.
Most brews I have had from Various Artists in Nashville have been decent to very good. So I was excited when Millie and I saw a bottle of Newfangled Perspective in a cooler at a local store. I also was excited because Jeff Bergman: owner, has to be having a hard time of it. His tasting room is closed, last I checked: COVID. He really doesn’t have the room, inside or out.
We opened it Thanksgiving and… damn.
OK, too dry for a barleywine, IMO, but that was a minor thing, really. A lot of craft beers these days seem to be dried out. It’s like everyone is taking a cue from a long ago extinct beer Rheingold Extra Dry; and even Rheingold wasn’t as dry as craft beer seems to be headed for. Rheingold was one of the first beers I had. And I have heard you can get a version of the long lost brewery’s staple. The brand name has been taken under the wing of a company in Connecticut that has many lost brands brewed again. I have seen it nowhere in my travels, so I am guessing limited distribution.
No, the big disappointment was among the quite adequate malt sense: high gravity, thick, luscious, was a slam it out of the barleywine ball park hoppiness. END_OF_DOCUMENT_TOKEN_TO_BE_REPLACED

Written by Franz Hofer for A Tempest in a Tankard

The morning fog in Kelheim has just lifted as we walk down the ramp to board the boat. We set sail, passing the imposing Befreiungshalle, the neo-classical hall commemorating the battles that ejected Napoleon and his armies from the German states, on our way upstream. The channel begins to narrow and the banks on either side steepen into cliffs as we enter the Danube Gorge, a sublime wilderness of vertical rock slabs and outcroppings crowned by lush green woods. A few kilometers on, and there it is looming up in front of us: Kloster Weltenburg.

I’m going to tell you about what is certainly one of my two or three favorite bottles of beer I’ve tasted in my insanely long career as a wine and beer buyer and the literal thousand or so beers I sample, every year. (not “drink”, “sample”; a sip or two and mostly spit. Nobody can drink that much beer and not have a liver the size of a Kia Sportage) All you folks who are headed out to the grocery store or booze shop to pick up your usual knee-jerk Chardonnay (God Save Us) or six pack o’ precocious Pilsner – even a craft one – or that one-size-fits-all Pinot Noir, just listen the hell up for a moment, okay? I’ma do you a solid, here.

I grant you we are really only one, one and a half generations away from being an entire nation of Bud-swillin’ dunderheads, so no one needs to feel too terrible about opting for their comfort zone in holiday imbibing. BUT we CAN, mercifully be past all that, if we choose. And that is what this post is all about…

Thirty years ago, Indianaâ€™s first craft brewery, with an adjoining pub, opened Nov. 14 just west of the then new Monon Trail. The Broad Ripple Brew Pub (BRBP) was where we came to learn what fresh, local, craft beer was all about right here.

We werenâ€™t unaware of the American craft beer revolution that Jack McAuliffe sparked in 1976 with New Albion Ale, known as the first American craft beer, brewed in Sonoma California. That is, at least in part, because BRBP founders John and Nancy Hill had been showcasing American craft beer at the Wellington/ the Corner Wine Bar at the corner of 63rd and Guilford since 1982. 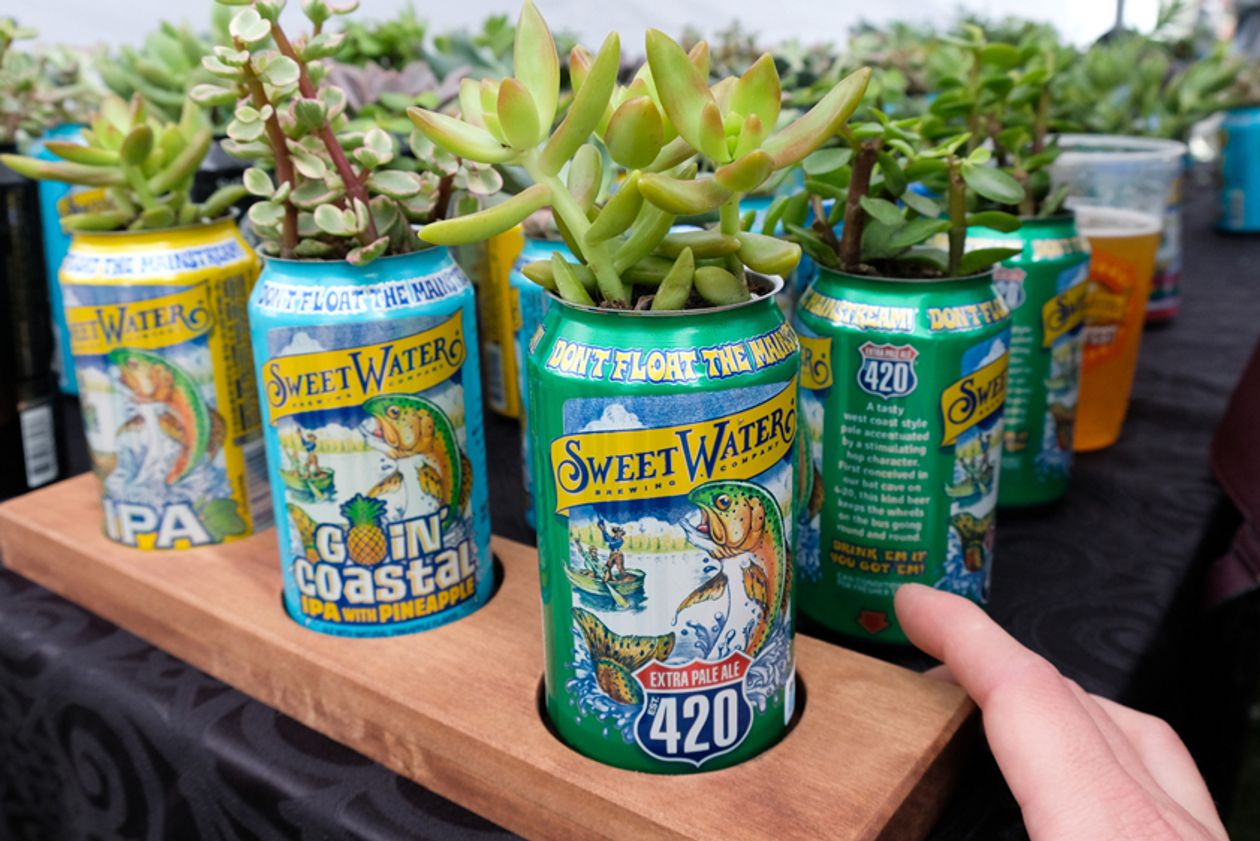 Aphria Inc. is jumping into the U.S. with the purchase of a craft-beer company that has been a part of some stonersâ€™ lifestyle for decades.

The Canadian cannabis company announced that it plans to acquire Atlantaâ€™s Sweetwater Brewing Co. for at least $300 million, marrying a long-serving craft brewer known for its â€œ420â€-labled beer with the pot industry. While Sweetwater does not make drinks with a cannabis buzz yet, the companies seemed to suggest that could be in the offing as the two sides seek to leverage Sweetwaterâ€™s contacts in the U.S. and Aphriaâ€™s APHA, +4.23% cannabis ties to find potential benefits to the coupling.

If you can’t tell by the number of hop conversations going on – things are wild and changing in the hop world. We’re sitting down with Mike Brennan of BSG to get his take on what’s changing and what you need to know! (And we suspect we’ll be talking even more with him!

Guinness is recalling cans of its non-alcoholic stout because of contamination fears, just two weeks after they were launched.

The brewer described the recall as “precautionary”, but said “microbiological contamination” might mean some products were unsafe.

The company urged anyone with cans of Guinness 0.0 not to drink them.

It said it was working with supermarkets and other shops to remove all of the products from the shelves.