If you spend long enough in craft beer circles, you will almost certainly hear this adage, cribbed from Hunter S. Thompson and repurposed as an industry motto. (As writer Dave Infante recently recounted, you might also hear that craft beer is â€œ99% asshole-free.â€) Here, both seem to suggest, is an industry full of fine folk, doing what they love and making beerâ€”and maybe the worldâ€”better for it. Whatâ€™s not to like about that?

The self-congratulatory sentiment these sayings express has pervaded craft beer for decades, alongside the industryâ€™s understanding of itself as a morally upright underdog. Many make the parallel between David and Goliath and craft beerâ€™s progenitors: Back in the late 1970s and early â€™80s, the U.S. beer market was dominated by multinational breweries, and the handful of brewers imagining an alternative to mass-produced, one-dimensional beer was an almost-literal drop in the ocean. And yet those scrappy upstarts succeeded in fighting back, in imagining a brighter future for beer, and in changing the way we drink for the better.

But, second, you might just be a total, hard-core, born ‘n’ bred Stout Freak. And if so, you probably have a fair number of private, mental categorizations that you use to sort out the roiling tsunami of today’s dark beers in general and American-style Stouts, in particular.

Brits can take their watering holes very seriously. I was once scolded for asking how long a “pub crawl” would be. “This is a heritage walk!” our guide scoffed as he ushered us into our third pub for what was probably my fifth pint. He wasn’t joking: Entire groups are dedicated to documenting and maintaining the history of British pubsâ€”the kind of thing that happens when many of these establishments predate the entire history of America. And these positions can be very serious, including one currently hiring that pays up to $40,000 for the year.

The Lincolnshire County Council has recently posted a job listing for a Heritage Project Officer. (If you’re noticing a pattern in how Brits use the term “heritage,” you’re not entirely wrong.) The ideal candidate will be “enthusiastic and creative”â€”which shouldn’t be too hard seeing as the one-year gig will require “researching and recording the architectural and social history of public houses along a 50 mile stretch of the Lincolnshire Coast from Grimsby to Boston.” (Lincolnshire is about three hours north of London along England’s eastern coast.)

Crux Fermentation Project…Mouthful, right? And that’s just the name, which is why everybody just calls ’em Crux.

I call ’em “one of America’s Best breweries” and I have seen nothing to alter that judgment a millimeter since they opened, back in the summer of 2012. Led by the lone remaining original partner, former Deschutes brewmaster Larry Sidor, they have followed a measured, steady, unfailing curve to what can now only be called greatness and, during my self-imposed health/home hiatus, I abused their generosity and kindness greatly. They kept sending me beers I kept not writing.

This article is by Greg Kitsock and originally appeared in the Novemeber/December 2006 issue of Zymurgy magazine.

In the Washington, D.C. area, every 17th spring belongs to the cicadas.

Weâ€™re not talking about your garden-variety annual cicadas whose chirruping can be heard on sultry July and August evenings. No, these cicadas belong to a species nicknamed Brood X. Most of their existence is spent underneath the earth, sucking the sap from tree roots. In the 17th year of their lives, they emerge in immense hordesâ€”as many as a million insects per acreâ€”and metamorphose into adults: inch-and-a-half long black bugs with red eyes and gold-laced veins in their wings.

Mergers keep happening – this time between two Bend power houses. What to make of it? Pirates? Mummies? And Denny talks to Ryan Farrell, the director of the AHA and, well, the tables might get turned!

Without intent, I have collected well over 1,000 beer bottles since the early 70s. When something finally had to be done about the cheap paneling in this old modular, I had a choice: tear down the walls while, oh, so carefully, replacing the often rotted 1X3s; OR, cover them withâ€¦ The Bottle Collection

The reason I am writing this is the plan this year, or at least by next, is for both of us to retire and move back to the Adirondacks

where I am from, and closer to Millie’s sister. We have two places waiting for us. I am NOT moving the bottle collection, so if you know anyone who wants a vast beer bottle collection going back to the 60’s you could contact me via Facebook. I am in the process of dumping bottles, so sooner is better.
I thought it a great idea to place what Saranac bottles I have; not even close to all the styles they have done, on a classic vehicle. The truck is this story is our 63 Studebaker Champ named Harvey Robin Churchill. Harvey was my first car: a 61 Lark I bought for $25 and went well over 300,000 miles. Robin: color of a Robin’s egg, according to Millie, my wife, and we both loved Robin Williams. Harold Churchill: without Harold there would have been no Lark.
Another reason I am doing this is to celebrate one simple fact: Saranac, also known in Matt Brewing and F.X Matt Brewing, has done something incredible. Among the smaller major brewers in this country they have brewed more different styles than pretty much anyone. I am referring to old school brewers that go back to the 1800’s. In fact Matt Brewing would be the OLDEST surviving brewery in the country, instead of the second, if they hadn’t changed names and owners in the 1800’s. The original owners didn’t own it for long. This is kind of a technicality, IMO.
Most of the surviving small traditional breweries have done a craft-like style here, style there. The gigantic breweries simply bought out craft brewers. Their independence safe… for NOW END_OF_DOCUMENT_TOKEN_TO_BE_REPLACED 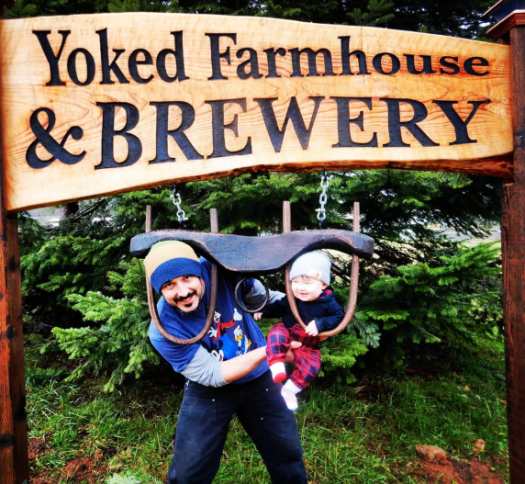 This is a story happening right down the road from where I liveâ€¦and that is not a figure of speech. The road is Washington Route 16, connecting the South Puget Sound with the Kitsap Peninsula, and the drive is 21.7 miles, door to door. The destination takes some searching or a good GPS, because the name of the destination is not in a lot of less comprehensive GPS databasesâ€¦yet. That, I predict, is about to change.