The image of Jesus Christ, holding a beer can and a cigarette, reminds me of the weird but (I trust) well-intentioned efforts in the sixties to make Christianity like, you know, relevant.

It’s not. The image is in a handwriting workbook published in India.

The company that made and distributed that book made a really, really big mistake. India is one of those countries where deliberately offending someone’s religious sentiments is illegal.

Which may or may not be a good idea.

Anyway, here’s an excerpt from the news:

“Christians in India’s northeast are outraged after a picture showing Jesus Christ holding a beer can and a cigarette was discovered in primary school textbooks.

“The image appeared in a handwriting book for children in church-run schools in the Christian-majority state of Meghalaya, where it was used to illustrate the letter ‘I’ for the word ‘Idol’….

“The Roman Catholic Church in India has banned all textbooks by Skyline, while Protestant leaders called for a public apology.

” ‘We strongly condemn such a blasphemous act. Legal action has been initiated against the publisher,’ M. Ampareen Lyngdoh, an education minister in the Meghalaya government, said….”

The rest can be found HERE. Do be aware, while part of the article is about beer, it is written from a Catholic perspective and also deals with Catholic topics as well as beer. 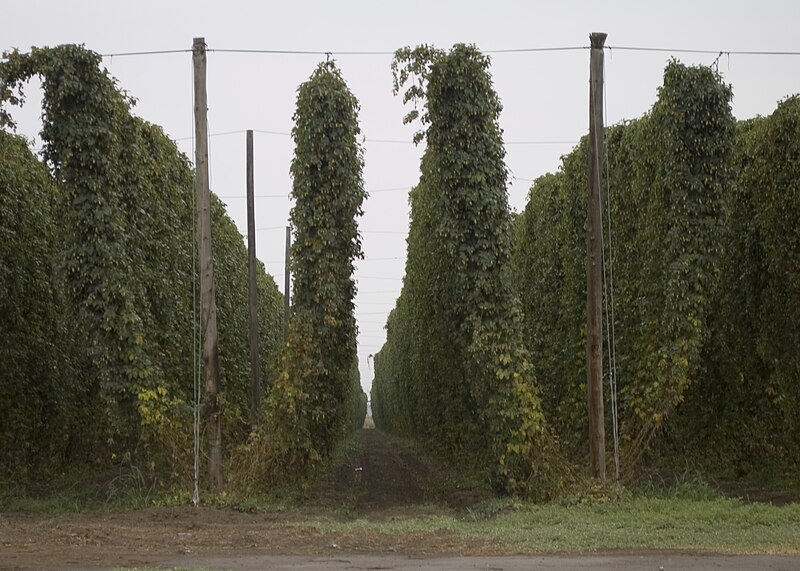 “I HopGod therefore declare for the rest of the world to recognize; that February 28th be forever known as National HOP Day. To further celebrate THE HOP and to the joins the ranks of HopGod Minions everywhere, maybe it is time to brew a HopGod BEER.” -HopGod

Last Saturday in the Nashville area we celebrated “National Hop Day.” Or maybe “More Hops Day?” That’s the cry of the Hop God, or Hop Tyrant, Hop God’s nickname. More will be written in a few days about the legacy of this mysterious deity, or semi-deity: demigod… no relation to Demi More… on this site. Stay tuned.

Twas a grand National Hop Day. Boscos provided pasta and several kinds of pizza for the event. And since we drank up all the Hop God Ale we can tell even this fine gentleman, and fellow Music City homebrewer, definitely had his… Phil.

Every state has weird alcohol and beer laws, a lot of them pushed and supported by big brewers and other large alcohol concerns as a way to get the government on their side: squashing the little guy. In some states 22oz bottles aren’t allowed. Other states a brewpub must be in a historic building: often in a poorly kept downtown with horrible parking/access. Beer styles are limited because only lower abv beer is allowed: despite the fact that hard liquor is readily available. In Florida you can’t sell and fill growlers. The object of a growler is get it filled and take it home: cutting down on drinking and driving; something you would think a state would like to promote.

The following letter is all too real. It is part of a campaign to allow growlers in Florida. We can only hope that change really is coming.

“To the Honorable Mike Horner:”

“Thank you for your consideration of sponsoring a companion bill to Senate Bill 2062. I am a retired police officer and small business owner. Your support of this legislation, including allowing my brewpub to sell for off-premise consumption is crucial to helping my business survive the ongoing economic down turn, and continuing to support my family and community.”

END_OF_DOCUMENT_TOKEN_TO_BE_REPLACED

“Without question, the greatest invention in the history of mankind is beer. Oh, I grant you that the wheel was also a fine invention, but the wheel does not go nearly as well with pizza.” –Dave Barry

If there’s one universal constant in human society, it has to be alcohol. Rare indeed is the culture that hasn’t worked out the tricksy process of fermenting and/or distilling some type of vegetable matter — be it malted barley, potatoes, honey or grape juice — into a brew containing a significant percentage, as the dictionary puts it, of an “organic compound in which a hydroxyl group is bound to a carbon atom of an alkyl or substituted alkyl group.” In other words, booze.

Among the mildest and most variable of these alcoholic beverages is that fine elixir known as beer. A true beer connoisseur would never pass up an opportunity to try the local brew, no matter where on Earth where they found themselves, and so it behooves the serious beerologist to know how to order a beer in as many languages as possible. That’s why we’ve taken it upon ourselves to provide you with a handy guide on how to order a beer in 50 different languages. Where the pronunciation isn’t obvious, or in which the term is normally written in non-Roman characters, we’ve rendered it phonetically. Cheers!

Beer hall at Cannstatter-volksfest: festival on the Neckar in the part of Stuttgart known as Bad Cannstatt.

One of the advantages of this odd life I carved out for myself over 20 years ago is that as an entertainer and an educational service provider I tour Mississippi to New England. That has allowed me to sit in Federal Jacks: Kennebunkport, while sipping beer styles first brewed and designed by Alan Pugsley: bottled by Shipyard, as I watch high priced sailboats float with the breeze in and out of the inner bay. I’ve also done a review on a brewpub in the French Quarter and become a member of Escambia Bay Brewers in Pensacola, made friends with some of the best brewers in that area, and sat with Greg Noonan at 7 Barrels while he bought me beer and asked my opinions.

I have never felt worthy but, hey, what the hell. What was I going to say, “Hell, no?”

But sometimes ignorance is indeed as grand as the grandest Cru, or Barleywine, if you prefer. Sometimes I’d almost rather not know. Almost. Yes, there’s always payback: finding out about events I have no way of attending, specially brewed one-off beers I’m told about but will never get to sample and homebrew events I’ll never, ever, get to attend.

Like an upcoming affair at Albany Pump House in, well, Albany, NY.
END_OF_DOCUMENT_TOKEN_TO_BE_REPLACED

By John W. Miller, for online.wsj.com

Anheuser-Busch InBev NV workers protesting job cuts on the picket lines last month had mixed feelings about their employer, the world’s biggest brewer. “We’re proud,” said 46-year-old Laurent Sacré. “Proud, and also disgusted.” Beer is a religion in Belgium, and like Catholics toward their church, feelings here toward the brewing giant combine a mixture of a love, fear and doubt. Contrary to some reports, Belgium didn’t run out of Stella, a light lager that is the company’s most popular brew in Europe, but many bars and drinkers decided they didn’t want any more. “There was a psychological reaction against InBev,” says Jean-Marie Dewandeleer, president of the association of Belgian café owners. “The Belgian beer community is outraged by the idea that even though you’re making profits, you want to lay people off,” said Joris Pattyn, author of “100 Belgian Beers To Try Before You Die. There is a bright side, he adds. “This is an opportunity for small brewers.”

Without intent, I have collected well over 1,000 beer bottles since the early 70s. When something finally had to be done about the cheap paneling in this old modular, I had a choice. Tear down the walls while, oh, so carefully, replacing the often rotted 1X3s. Or: cover them with… The Bottle Collection.

END_OF_DOCUMENT_TOKEN_TO_BE_REPLACED

Pictures by Ken Carman from 2009 Fugetaboutit 2009

After one look in the garage of his Signal Mountain home, it’s clear Tony Giannasi has a bit of a thing for brewing beer.

Even if the six-tap system built into his refrigerator and a freezer stuffed with different kinds of hops didn’t raise a red flag, the massive custom-built brewery taking up half a wall might.